The Nowhere Child: A Novel by Christian White 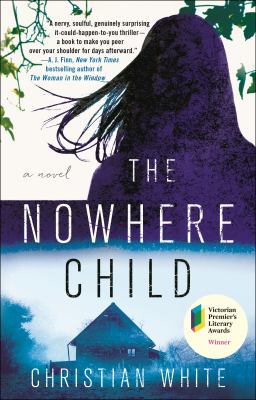 The Nowhere Child was an unusual read for me, but I’m so glad I picked it up! This is Christian White’s debut novel. The book takes place mostly in Manson, Kentucky, and Melbourne, Australia. The time and place move between the locations and between “Then” and “Now.”

There are some topics that might be sensitive to some readers. As a person who is highly sensitive, I shy away from books in this category, however, this book didn’ bother me.

Kim Leamy (now an adult), is approached by a stranger who suggests that she is a child who was abducted at two years old. Having had a wonderful childhood and now being an adult, she finds this improbable, but is still drawn to the mystery. There are many twists and turns to the story and it moves along at a fair clip. The ending is not wrapped up in a neat little bow, since life rarely works like that. For a debut novel, I found it fascinating and hope he continues writing novels.