Stealing Fire: How Silicon Valley, the Navy SEALs, and Maverick Scientists Are Revolutionizing the Way We Live and Work by Steven Kotler & Jamie Wheal 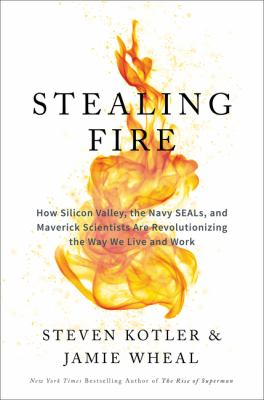 This book is a primer on the science of non-ordinary states of consciousness, known as the experience of “flow” – that optimal mix of focus, performance, and loss of self that propels us into the “zone” to out-perform. It’s not just Silicon Valley entrepreneurs micro-dosing on LSD to gain unorthodox insights into complex programming. Whether it’s alcohol, caffeine, nicotine, extreme sports, meditation and yoga – we’re all deeply invested in the altered state economy to the tune of billions of dollars. We desire neurofeedback. We’re eager to make micro-adjustments to the electrical circuitry of our brain as long as those means are deemed socially in-offensive.

Regardless if this behavior is leading to an earlier death than say micro-dosing on LSD, MDMA, or Modafinil. Yet we don’t have the same moral concern over mood enhancers or stabilizers – we deny the possibility of pharmacologically induced ecstasy but welcome the tamping down of emotions through inhibitors.

Business and government are highly invested in altered states, from corporate bio-hacking to government sponsored psychedelic programs like MK-ULTRA. We clearly desire the euphoria that takes us outside ourselves; that heightened level of insight and awareness locked off. It’s more than mere hedonism; it’s an evaluation of our own mental state, a search for inspiration and insight beyond our self-imposed limits.