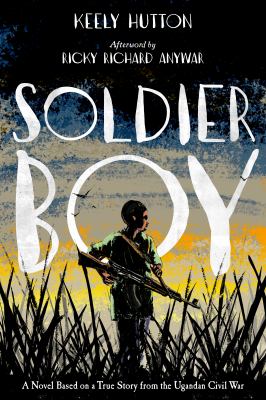 This is the true story of Ricky Richard Anywar, the founder of the international charity Friends of Orphans.
Ricky’s story begins at age 14 when he and his brother are kidnapped by rebel fighters and forced to fight government soldiers in the Ugandan civil war. He is very detailed about the cruelty and unimaginable conditions he had to endure. Ricky and his brother never give up hope that someday they would return to their home town.

Also in the book is the story of Samuel, a boy like Ricky who at a young age was forced to fight with the rebels. He is now with a group similar to Ricky’s charity that is working to rehabilitate him.