Salt to the Sea by Reta Sepetys 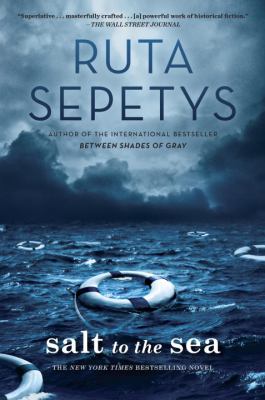 Prepare to cry over the atrocities of war from the victims’ perspectives. After reading the heartbreaking Between Shades of Grayabout the genocide of the Baltic people during World War II, I was drawn to Sepetys’ latest historical fiction book about the sinking of the German military transport ship MV Wilhelm Gustloff in 1945, the deadliest maritime disaster in history with an estimated 9,400 lost (much larger than the 2,224 lost when the Titanic sunk). The story is told from four teenagers from various backgrounds: a Prussian nurse, a Prussian art apprentice, a pregnant Polish girl and a Hitler-supporting sailor. Sepetys’ detailed research provides a better understanding of the often-ignored stories of war through her fictional stories.