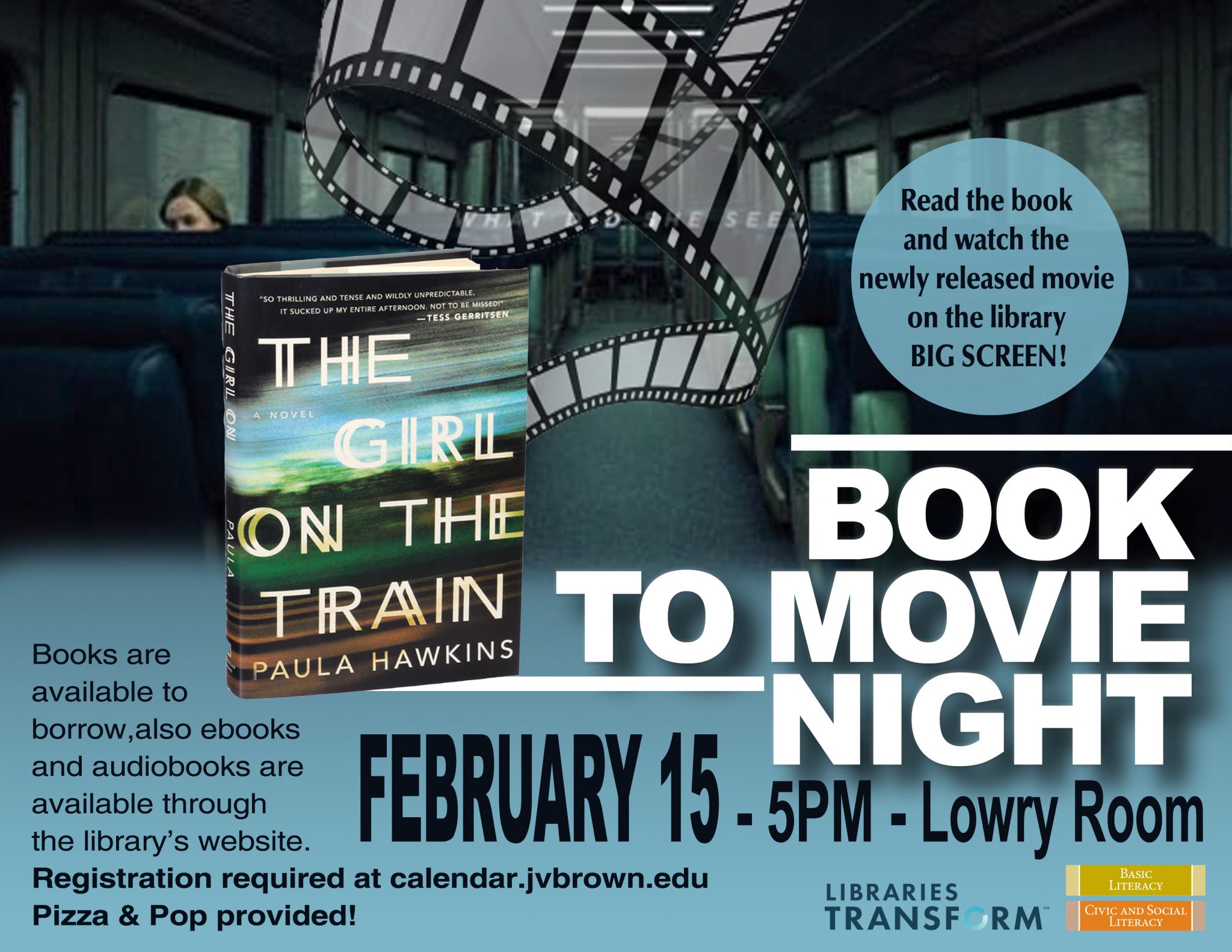 Come see the recently released movie based and talk about the best-selling book, “The Girl on the Train,” by Paula Hawkins at the James V. Brown Library, 19 E. Fourth St., at 5 p.m.February 15 when the library hosts “Book to Movie Night.”

In the movie, a recent divorcée (Emily Blunt) fantasizes about a couple (Luke Evans and Haley Bennett) whose house she passes each day on her commuter train ride. Soon, she becomes entangled in a mystery involving not only the couple, but her former husband (Justin Theroux) and his new family. Tate Taylor directed this psychological thriller, which was adapted from the 2015 New York Times best-selling novel by Paula Hawkins.

Books are available at the library to borrow, along with eBooks and e-audiobooks through the library’s website at https://ebranch2go.overdrive.com/.

Registration is required because pizza and soda are provided. The program will take place in the Lowry Room on the third floor of the Welch Children’s Wing. Registration is suggested, but not required. Visit calendar.jvbrown.edu to register or call 570-326-0536.

This program is one of the many ways Pennsylvania Public Libraries support the PA Forward Initiative through providing basic, and social and civic literacy opportunities for learning. The Brown Library is part of a national “Libraries Transform” effort to increase awareness of the changing role of libraries and the ways in which libraries are transforming to meet the information needs of their users.