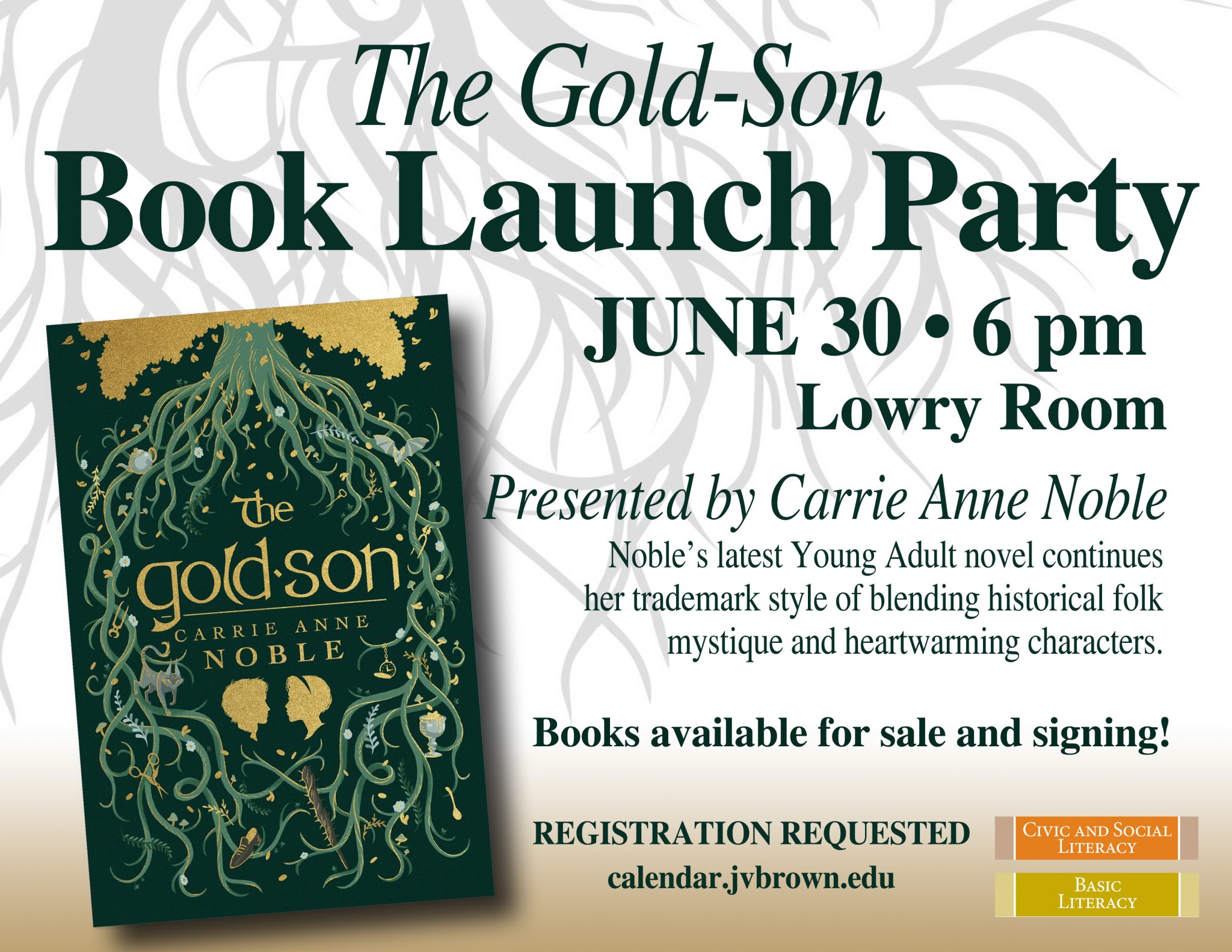 Noble’s latest Young Adult novel continues her trademark style of blending historical folk mystique and heartwarming characters. Like her debut, “The Mermaid’s Sister,” which School Library Journal described as a “lovely, lyrical fantasy,” “The Gold Son” will transport readers to an enchanting world.

All 16-year-old Tommin wants is to make beautiful shoes and take care of his granny, but his insatiable need to steal threatens to destroy everything. Driven by a curse that demands more and more gold, he’s sure to get caught eventually.

When mysterious Lorcan Reilly arrives in town with his “niece” Eve, Tommin believes the fellow wants to help him. Instead, Lorcan whisks him off to the underground realm of the Leprechauns, where, alongside Eve, he’s forced to prepare to become one of them.

While Lorcan plots to use his “gold-children” as stepping-stones to the throne of the Leprechaun king, Tommin and Eve plan their escape – and find themselves falling in love. But Tommin’s humanity is slipping away, and unless Eve discovers the remedy in time, he’ll be doomed to spend eternity as a thieving trickster.

Can Tommin and Eve’s love survive over two centuries and help them defeat Lorcan and his magic, or is there no hope of breaking the Leprechaun’s curse?

Noble, a Lycoming County native, is the author of the highly acclaimed novel “The Mermaid’s Sister,” winner of the 2014 Amazon Breakthrough Novel Award for Young Adult Fiction and the 2016 Realm Award for Speculative Novel of the Year. A former theatre student, restaurant hostess, certified nurse aide and newspaper reporter, Noble now devotes her days to fabricating fanciful tales. She lives in the mountains of Pennsylvania with her tolerant husband, charming children, naughty cats, a not-so-bright dog and some cute but dim-witted chickens.

This program is part of the Brown Library’s “Libraries Transform” effort to increase awareness of the changing role of libraries and the ways in which libraries are transforming to meet the information needs of their users.