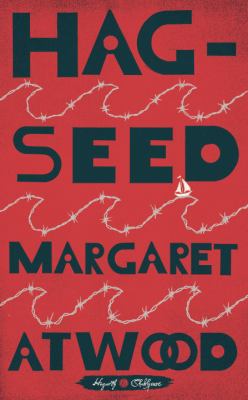 This is Margaret Atwood’s contribution to the Hogarth Shakespeare, a re-telling, re-imagining of The Tempest. When Felix Phillips is ousted from his long-time position as the director of a famed regional theater festival, just when he is about to present his brilliant version of The Tempest, he swears revenge. He moves to a hovel in the country and lives nearly as a recluse, but finds himself once again directing theater at a nearby medium security prison. When he learns that his nemesis, now a high-ranking political official, and his cronies, will be making a visit to the prison, he decides to put on a version of The Tempest they will never forget. Atwood’s story is a play within a play, skillfully done, and very entertaining. I did not really know the story of The Tempest when I began the book (a summary is provided at the end) but Hag-Seed’s plot and its parallels to the story brought it to life for me.