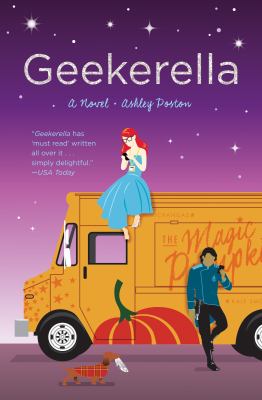 This is a fun, pop-culture-filled Cinderella retelling that will appeal to geekish teens. Elle is 17 and lives with her stepmom and twin stepsisters, who are naturally a little evil and not happy Elle is taking up space in their home. Elle’s father began a science-fiction convention based on the cult TV show “Starfield” before his untimely death.

Elle works at a vegan food truck, nicknamed the Big Pumpkin, and begins a texting friendship with a convention-goer she thinks is a teen like her. Little does she know that the actor she’s been bashing in her blog is the mystery boy she’s been texting. This is a fun read for those who like cons, cosplay and happy endings. This is the first story in the “Once Upon a Con” series by Poston.