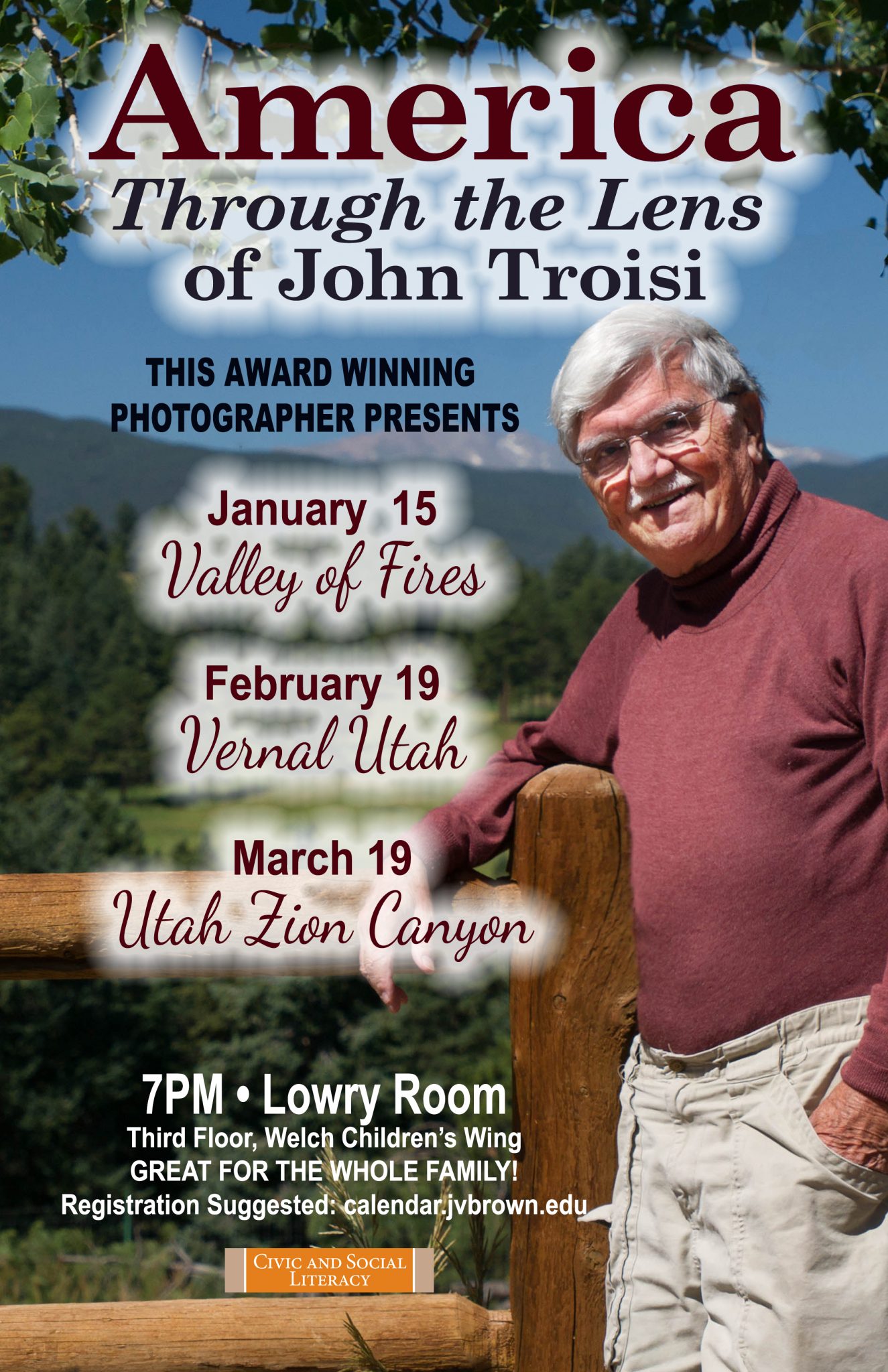 Award-winning local photographer John Troisi returns to the James V. Brown Library, 19 E. Fourth St., for the next multimedia presentation in his popular “America Through the Lens” series.

The following programs are scheduled at 7 p.m.:

The programs feature a musical and voice accompaniment of high-quality photography images from Troisi’s various trips.

Troisi, a native of Pennsylvania, is a first-generation American. The art he creates is not on canvas. He has a natural ability to present existing beauty, captured through the lenses of his digital, full-frame cameras. Troisi has been photographing landscapes for the past 42 years, concentrating his efforts in the western United States and along the northern East Coast.

Troisi’s photography training stems from his study of perspective and composition. He has attended Leica Photo Workshops directed by master photographer Walter Heun of Germany. In 1986, Troisi won Honorable Mention in the Leica International Photo Contest in the category of Amateur Fine Arts. Locally he is an award-winning member of the Susquehanna Valley Shutterbugs.

This program is one of the many ways Pennsylvania public libraries support the PA Forward Initiative by providing civic and social literacy opportunities for learning.