A Sucky Love Story: Overcoming Unhappily Ever After by Brittani Louise Taylor (Hoopla) 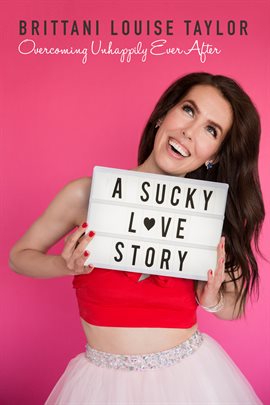 This was an odd book for me. I saw it first on Instagram and it mentioned how a YouTube influencer and her infant son were almost trafficked by her Serbian partner. I was expecting a first-person story about his con, betrayal and her survival. What I got was a weird cover image and title that didn’t quite fit my expectations.

I only finished this book because I am obsessed with human trafficking and how easily it can happen. However, her writing rambles on and needs more editing. After I finished the book, I learned that there was a shorter YouTube interview she did about her situation and frankly, that was done much better.

Basically, Brittani meets Milos on Tinder and believes he is perfect: a handsome, Serbian doctor. But then his money runs out, there’s issues with visa and all kinds of excuses. When Brittani becomes pregnant, she becomes the target of verbal and physical abuse from Milos, who eventually brings his “mother” to live with them and help out after the baby is born.

Milos steals her passport and birth certificate, along with her son’s information, and it’s only when she starts telling her dental hygienist about Milos that red flags go off. And Milos was prepared, recording her out of context so he had evidence that she was mentally ill and an unfit mother. Eventually the courts rule in her favor and Milos is not granted custody her son, Rex, and cannot leave the country with him. Honestly, this could have been a newspaper or magazine story and not a full-length book.