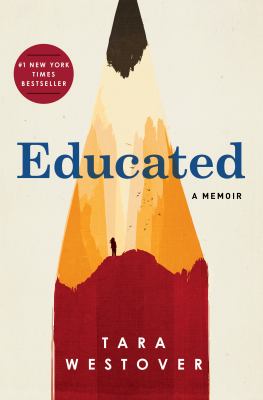 This is a powerful coming-of-age memoir from Westover, who was the youngest child of a fundamentalist Mormon family in rural Idaho. Without any formal education, she taught herself enough from textbooks to be accepted into Brigham Young University, where she excelled and eventually went on to pursue a PhD at Cambridge.

She doesn’t know her exact birthday because she was born at home and didn’t get a birth certificate until she was 9 years old. Her family treated injuries at home with special tinctures created by her mother, who was a self-taught herbalist and midwife. When her father’s beliefs became more extreme after Y2K, and her brother became more violent, Westover knew she had to find a way out of her family situation, and school was the best option. This book is highly recommended for anyone who enjoys memoirs or the “misery lit” books popular in the 1990s, such as Angela’s Ashes and Running with Scissors. It also is another perspective on themes raised in J.D. Vance’s Hillbilly Elegy. Ultimately, it proves the power of education in overcoming your situation.