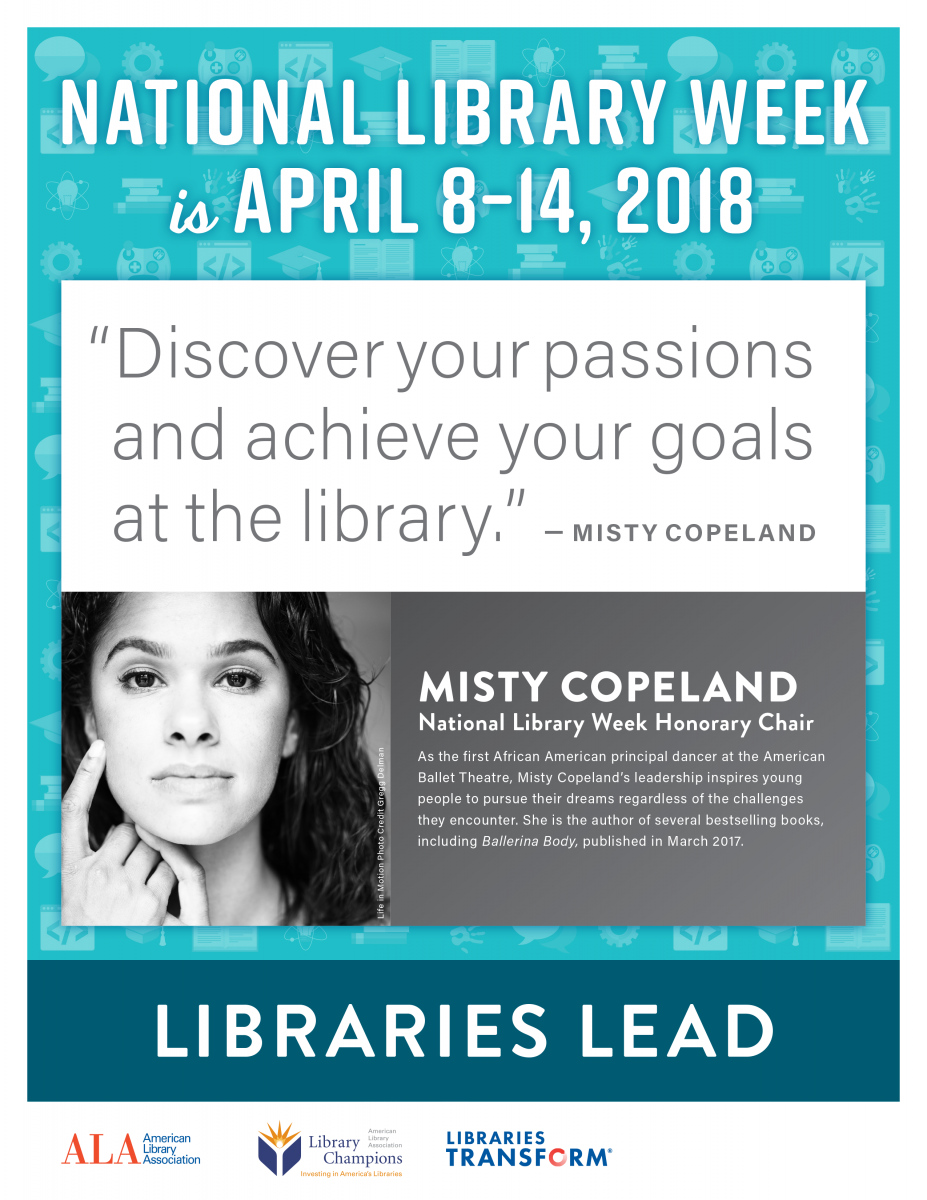 The James V. Brown Library, in partnership with the American Library Association, will celebrate National Library Week on April 8-14.

This year’s theme, “Libraries Lead,” will feature Misty Copeland as the 2018 National Library Week Honorary Chair. In 2015, Misty was promoted to principal dancer at the American Ballet Theatre, making her the first African American woman to ever be promoted to the position in the company’s 75-year history.

Copeland’s passion is giving back. She has worked with many charitable organizations and is dedicated to giving of her time to work with and mentor young girls and boys. She was named National Youth of the Year Ambassador for the Boys & Girls Clubs of America in June 2013. In 2014, President Obama appointed Copeland to the President’s Council on Fitness, Sports, and Nutrition. And in 2015, she traveled to Rwanda with MindLeaps to help launch its girls program and to establish The Misty Copeland Scholarship.

The National Library Week 2018 celebration will mark the 60th anniversary of the first event, sponsored in 1958. Celebrations during National Library Week include:
• Monday, April 9: State of America’s Libraries Report released, including Top Ten Frequently Challenged Books of 2017.
• Tuesday, April 10: National Library Workers Day, a day for library staff, users, administrators and Friends groups to recognize the valuable contributions made by all library workers.
• Wednesday, April 11: National Bookmobile Day, a day to recognize the contributions of our nation’s bookmobiles and the dedicated professionals who make quality bookmobile outreach possible in their communities.
• Thursday, April 12: Take Action for Libraries Day.

The Brown Library is part of a national “Libraries Transform” effort to increase awareness of the changing role of libraries and the ways in which libraries are transforming to meet the information needs of their users.